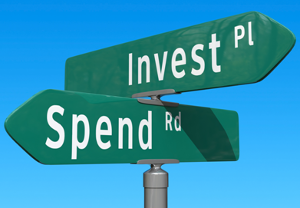 Last week’s Budget contained an extension in a number of business tax reliefs to provide support for businesses and reduce the cost of manufacturing. Among these changes were two which are covered in this article: extension of the existing SEIS scheme and the new Theatre tax relief.

UK start-ups seeking funding are set to be helped by masking permanent the funding scheme which incentivises investors to back risky early-stage businesses.

Legislation will be introduced in Finance Bill 2014 to remove the time limit from SEIS and make it permanent with any time limits removed. The legislation will also make permanent the CGT relief for reinvesting gains in SEIS shares. These changes will come into force from Royal Assent to Finance Bill 2014 and, for CGT reinvestment relief, have effect for 2014 to 2015 and subsequent years.

The Chancellor claims that SEIS has been a success, despite complaints from companies applying for the scheme, which is seen as highly complicated by tax advisers and business. Since it was introduced in April 2012, around 1,600 companies have raised over £135m from SEIS.

The government will also review whether the SEIS tax reliefs could apply where individuals make investments in the form of convertible loans. In order to reduce abuse of the scheme by high risk investors, it will change the eligibility criteria of venture capital schemes to avoid subsidising low-risk activities that already benefit from certain government programmes.

Rationale
The measure will support the government’s growth agenda by continuing to help small, riskier, early stage UK companies, which may face barriers in raising external finance, to attract investment, making it easier for these companies to become established and to grow.

The Changes
For its investors to be able to claim and keep the SEIS tax reliefs relating to their shares, the company which issues the shares has to meet a number of requirements. Some of these apply only at the time the relevant shares are issued. Others must be met continuously, either for the whole of the period from date of incorporation to the third anniversary of the date of issue of the shares, or in some cases, from date of issue of the shares to the third anniversary of their issue. If the company ceases to meet one or more of those conditions, investors may have their tax relief withdrawn.

Finally, there are requirements as to how the company must use the monies it has raised via the issue of relevant shares. The removal of the sunset clause will take effect from the date that Finance Bill 2014 receives Royal Assent. The permanent extension of the CGT re-investment relief will have effect in relation to re-invested gains accruing to individuals in 2014-15 and subsequent years. 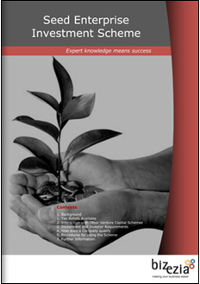 Legislation will also be introduced in Finance Bill 2014 to extend Condition A (see below) and the 50 per cent relevant percentage to gains accruing to the investor in 2014-15 and subsequent years.

Section 150G of and Schedule 5BB to the Taxation of Chargeable Gains Act 1992 provides the CGT relief for re-investment in SEIS shares. Condition A is at paragraph 1(2)(a) to Schedule 5BB – it currently provides that the relief is limited to gains accruing to the SEIS investor in 2012/13 or 2013/14.

For further information, visit the HMRC page on this subject.

Click here to read Bizezia’s publication on the Seed Enterprise Investment Scheme (albeit not yet updated for the above changes).

There are to be two rates of relief; 25% for touring productions and 20% for all other productions.

The government will consult shortly after Budget 2014 on the design of the relief, with legislation taking effect from September 2014.

The Arts Council commented favourably on these proposals and provided the following information on how the proposed scheme will work like this: