[Update 27 March 2014]
HM Treasury (HMT) has waived a rule that makes individuals buy an annuity within six months of taking out their tax-free cash lump sum. HMT says: ‘The government will also confirm today that people who have recently taken a tax-free lump sum from their defined contribution pension, will be given more time to decide what they wish to do with the rest of their retirement savings and will not be put at a disadvantage should they wish to wait to access their pension savings more flexibly. The government is also changing the current rules that require people who take up to 25% of their pension pot as a lump sum to ‘secure an income’ within six months, which is usually an annuity.’ 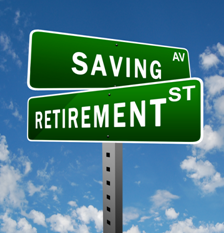 This article covers my understanding of the pension changes which herald a new era for the way people fund their retirement and what happens to their pot of gold when they reach retirement age. I’ve written a separate article on the changes to savings.

From next year, millions of people reaching retirement age can spend their pension savings fund in any way they want – including (as has been widely reported) buying a Lamborghini. From April 2015 pensioners will still be able to take up to 25% of their pension pot (tax-free) from age 55 onwards. But, there will be no restriction on the amount of income they can take, and if they wish, the whole fund can be taken as a lump sum; this is a massive change, possibly the biggest in a generation.

The four different types of pension arrangements are:

Defined benefits arrangements are the second most common type of scheme – you’re promised a certain amount of pension at retirement. The amount of your pension is usually based on your pay and length of service.

The announcement in the Budget, will remove the requirement on many people with defined contribution pensions to buy an annuity (usually from an insurance company) with a guarantee of either a fixed or escalating pension for the rest of your life. 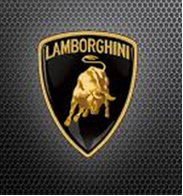 In future, retirees will have more flexibility to do what they want with their pension savings.  The hope is that people can be trusted to manage their own finances. Some people take a lump sum to celebrate retirement with a holiday of a lifetime or, as the pensions minister admitted, even a Lamborghini sports car. The time-bomb that exists for many people with an interest only mortgage, without any definite idea of how it will be repaid at the end of the term, could be defused by people extracting monies from their pension fund over say a 5 – 7 year period (to keep their tax rate low) and paying down their mortgage in full. The popularity of interest-only mortgages has waned in the last 30 years, as the reality of final value of endowment policies taken out to pay them off, has come home to roost. But now with access to pension monies to pay off home loans, maybe we will see interest-only mortgages becoming popular again. And of course, the actual monthly outgoing for an interest only borrower is quite a lot less than on a repayment mortgage – so houses will be easier to buy, the frenzy to buy will be increased and everything will be hunky dory as long as house prices don’t go down.

Many retirees may choose to use the money to invest in buy-to-let property instead so that they receive a useful annual income. But the money available may not be enough to buy a property outright – currently, retirees will find in nearly impossible to borrow money on a rental property beyond age 70. On the other hand, maybe in future there will be a new mortgage market for the blue-rinse brigade – who knows?

In Australia, where people are already able to withdraw lump sums easily, recent evidence suggests that most retirees invest the money or use it to clear debts, but a few choose to buy holidays or cars. Similar changes were successfully introduced in Ireland in 1999 and the pensions system coped just fine. The Irish still save and there has been no crisis.

The new flat-rate state pension will provide just over £7,000 a year of income to fall back on but much lower than the vast majority of people are used to during their working life.

The schemes affected by the changes

The schemes affected by the changes are:

Taking all their saving out from their pension plans will mean that the taxman will want some of it. The money will be treated as income subject to income tax. There will also be inheritance tax consequences as, on death, estates may be larger than before.

At present, retirees don’t have much flexibility if they want access to their defined contribution pension funds during their retirement – they have to pay 55% tax if they withdraw the whole pot (excluding the tax-free element, usually 25% of the total fund) and annual pension withdrawals are taxed as income. From April 2015, people aged 55 and over will only pay their marginal rate of income tax on anything they withdraw from their defined contribution pension – either 0%, 20%, 40% or 45%.

Tom McPhail, head of pensions’ research at Hargreaves Lansdown, says (see here) that people already retired and in drawdown (that is, not having bought an annuity but taking a pension out of their pension fund) may want to contact their drawdown provider to find out whether they are going to be able to adapt their systems to accommodate the new 150% income limit (up from 120%). This is a revalorisation of the maximum pension entitlement calculated from official annuity tables. Although you can request a review of your income limits on your policy anniversary, it is dependent on the drawdown provider being able to meet your request.

It seems that there is another beneficiary of the changes – HMRC itself:

Don’t forget the care you may need later on 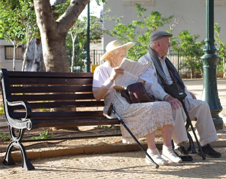 Paying for care in retirement will be another factor if funds are used to buy rental property or other investments – these may have to be sold if retirees need residential or nursing care in their final years. It could also have an impact on Local Authorities who would face extra bills to pay for social care if newly retired people have spent their money on holidays (or fast cars) etc rather than putting some aside for care costs in later life.

The new system is planned to be start fully in April 2015, but only for the 300,000 or more people who retire each year with a defined contribution pension fund. People who have invested in an annuity won’t be able to access any funds as the capital will no longer be available. James Lloyd, of the Strategic Society Centre policy think-tank, says that people who opt to cash in their pension pots rather than purchase compulsory annuities are likely to have a lower income if and when they ask their councils for help with social care costs. It will also be easier to divest money from flexible pension pots before they require care putting them beyond the scope of means-testing.

How the current system works

Pension pot options
Currently, you can take up to 25% of your pension pot tax-free at retirement and you can spend it as you wish.

75% of people currently buy an annuity with their pension savings. 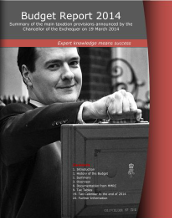 The government has published a consultation on these changes alongside the Budget, so there may be final tweaks and amendments.

There is more information from the government available here.