If you read my blog earlier this week about George Osborne’s miracle, you’ll have noticed that I expressed an unconvinced view on the news that the UK is actually booming. 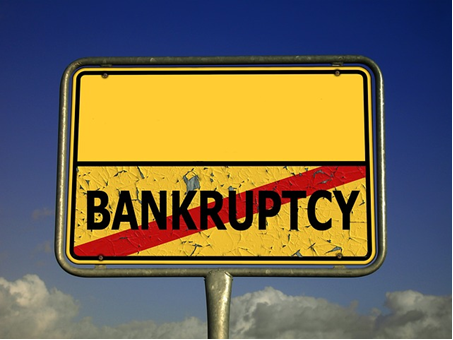 I didn’t have the benefit, when I wrote that blog, of having the latest insolvency statistics, published on Tuesday. Take a look at these numbers for personal insolvencies: in the last 3 months, more than 27,000 people collapsed from the burden of their debts:

When compared with last year, individual insolvencies increased by 5.1% in the second quarter of 2014. Bankruptcies are down by 15.9% and DROs are down by 1.8%.

The above numbers of bankruptcies don’t include a vast number of people who cannot afford to enter bankruptcy at all. It’s estimated that about 315,000 people can’t afford the £525 fee which they have to put on the table before entering bankruptcy. These figures come from a think-tank called Centre for Social Justice. It’s not clear whether this number is on the increase or not but a worrying number nevertheless.

So, what’s going on?

What’s going on is that IVAs are going up at a rate of knots. In fact, IVAs are now the highest they have ever been since they were first introduced in 1987.

But why should IVAs be going up whereas other forms of personal insolvency are going down? One answer may be that with a bankruptcy, the burden of debt is so great and the prospect for anything meaningful becoming available for creditors is so low, that putting the debtor out of his/her misery is the only way forward. And with a DRO, there’s little or no prospect of any decent money for creditors to share out.

It’s probably because there may be prospects of a rosy or improved future (remember the news about how well we’re doing compared with other G7 nations?) that creditors are agreeing to IVAs more readily than in the past. False hopes yes, if the UK recovery is real, then businesses will improve, profits will go up as well as asset values. If there’s reliance on house values increasing for the next 2 or 3 years, there may be some disappointment particularly if and when interest rates go up.

A reminder about why people become insolvent. Typically insolvency arises from excessive use of credit – this continues to be the leading cause of insolvency. People spending too much, borrowing too much and resorting to a wild frenzy on credit cards or entering the dark world of payday loans. Often, it’s not their fault: losing a job, an accident, making a bad financial investment are examples of bad luck happening to someone whose finances are frail. Look at some of the reasons this happens:

But it’s not all gloom and doom. Leaving personal insolvencies aside, there’s good news in the latest corporate insolvency figures, which show that fewer companies entered into administrations, company voluntary arrangements and receiverships in the last 3 months compared to 2013.

Two items of news from Europe today indicate the way that the recovery is working there:

Now, it seems that all we have to worry about is a deadly virus from Africa, people shooting at civilian aircraft, the impact of sanctions against Russia and an ugly spat in the Middle East… and yes, Scotland voting on separation from the UK.

It should be plain sailing for our economy.