Blue Ocean Strategy – is it what Accountants and Lawyers have been missing all these years?

by Martin Pollins | Feb 24, 2014 | Accountants, Auditors and Other Professionals, Lawyers | 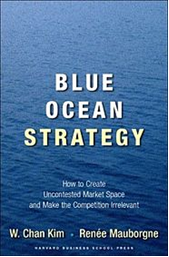 Blue Ocean Strategy is the title of a book published in 2005 and written by W. Chan Kim and Renée Mauborgne, Professors at INSEAD and Co-Directors of the INSEAD Blue Ocean Strategy Institute. Based on a study of 150 strategic moves spanning more than a hundred years and thirty industries, Kim & Mauborgne show that companies can succeed not by battling competitors, but rather by creating ″blue oceans″ of uncontested market space. These strategic moves create a leap in value for the company, its buyers, and its employees, while unlocking new demand and making the competition irrelevant. The book presents analytical frameworks and tools to foster organisation’s ability to systematically create and capture blue oceans.

There must be something in the idea. The book has been published in 43 languages and is bestseller across 5 continents. The concepts are used in over 1,600 universities and 101 countries around the world.

In the book, the authors ask readers to imagine a market universe which has two sorts of oceans – red oceans and blue oceans:

So, have accountants and lawyers been missing out for most of the last decade by focusing on the wrong things. In my view, the answer is yes. At least, that goes for most firms.

The BOS website asserts that companies have long engaged in head-to-head competition in search of sustained, profitable growth. Yet in today’s overcrowded industries, battling head-on results in nothing but a bloody “red ocean” of rivals fighting over a shrinking profit pool. The book presents a proven analytical framework and the tools for successfully creating and capturing blue oceans.

But you had better prepare yourself for making changes as the book upends traditional thinking about strategy and charts a bold new path to winning the future. 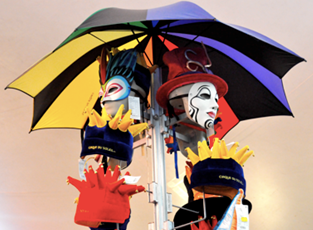 If you want to get to grips with developing a Blue Ocean Strategy, I recommend that you do 2 things:

So, for accountants and law firm leaders the choice is clear…

Carry on as you’ve done for years and reflect on how hard it is to succeed, cut fees to match your competitors or cut swathes of work from your portfolios in trying to specialise.
Or swim in the Blue Ocean, in the words from the book, “as you create an uncontested market space and make competition irrelevant”.

Here are some considerations relating to how accountancy and law firms might extend their services into consultancy:

Acknowledgement: Thanks to David Parkinson, Management Consultant at PwC Consulting for his contribution to this article.