Do bankers and politicians lie or confabulate?

A few weeks ago, I blogged about brains. Stating the obvious, I said that we humans share a number of things with other humans: we all have a brain. 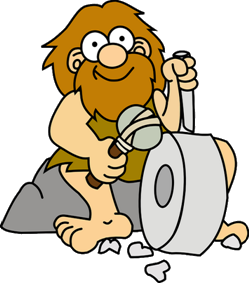 New Scientist [25 October 2014] say that writing has only been around for about 5,000 years: long before typewriters and iPads. Although early man may have walked on two legs their heads were small, their teeth were large and their arms were long.

Let’s hope it wasn’t too cold or windy as humans didn’t start wearing clothes until about 70,000 years ago.

Man was smart and started long-distance commerce as long as 140,000 years ago.  But man’s development really took off when the first writing occurred, and long after cave art was practised: possibly when accountants and lawyers started to emerge and keeping records was a good way to keep tabs on what their charges were going to be?

Early on, man realised he had to get out of his environment because of the dangers perceived from in-breeding and so they searched in far off places for their perfect mate. It’s said that this exodus from the family environment is what made men such good map-readers. Jack Blocker wrote about this [here] earlier this month. This theory was devised by academics at the University of Utah – they came to their conclusions after studying the traditions of the Twe and Tjimba tribes in Namibia, southern Africa. You can read about it in the journal Evolution and Human Behaviour, albeit an extract, here. 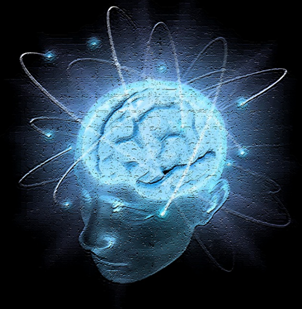 Brains can act like computers, in a way, if they communicate with other brains. “We can now send thoughts directly between brains” say Rajesh P. N. Rao and Andrea Stocco in an article in Scientific American, this month. “The dawn of human brain-to-brain communication has arrived”, they add. You can read the article here. You can buy the publication, Volume 25, issue 6, here.

The future has exciting things in store for humans not the least of which will be brain uploads. New Scientist suggests that in the future, the brain’s functions will be simulated in silicon (maybe 3D printing?).

An article in the Guardian titled Brain will be battlefield of future, warns US intelligence report caught my attention. It said that in a report commissioned by the Defense Intelligence Agency, leading scientists were asked to examine how a greater understanding of the brain over the next 20 years could drive the development of new medicines and technologies. It talked about behaviour-altering drugs, scanners that can interpret a person’s state of mind and devices capable of boosting senses such as hearing and vision. But what I really found interesting was that “some day there could be a technique developed to extract information from a prisoner that does not have any lasting side effects.”

If it could work with prisoners, could it work with bankers and politicians?  Getting old fashioned truth from them would be a good thing wouldn’t it? 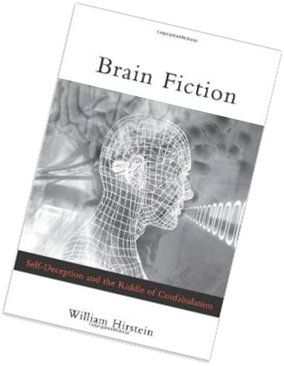 Is it all fiction?

Of course, it’s possible that bankers and politicians don’t lie at all. Perhaps they simply confabulate: Confabulation is distinguished from lying as there is no intent to deceive and the person is unaware the information is false.

William Hirstein, the author of Brain Fiction, describes confabulation as a person’s construction of false information while genuinely believing (self-deception if you like) that they are telling the truth. He says that people (he doesn’t mention bankers or politicians per se) sometimes have a tendency to confabulate, rather than admitting “I don’t know”. The book is available at Amazon and good bookshops.