Are you a Worker or a Self-Employed person? 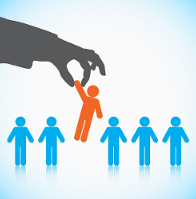 On 6 April 2014, new rules come into effect affecting “salaried” members of limited liability partnerships (LLPs), particularly accounting and law firms structured as such. It is therefore useful to see what HMRC say in this guidance note about the meaning of a worker (aka “employee”) and persons who are genuinely self-employed.

It should be noted that there is some missing text at the foot of page 3 in the HMRC PDF at the source link given above. However, I managed to find the missing text elsewhere and have incorporated it below. The Gov.uk press office will possibly upload a new, corrected, PDF later today following my call to them.

This is an extract of what the PDF says. Remember it comes from HMRC. I have highlighted some of the important areas of the text (references to “he/she” mean either gender):

The term “worker” has an EU law meaning and may not be interpreted restrictively.

The term “worker” applies to employees rather than the self-employed. In EU law terms the essential characteristic of an employment relationship is that a person performs services for and under the direction of another person in return for which he receives remuneration.

In deciding whether a person is a worker, account should be taken of all the occupational activities the person has undertaken in the host member state.

As a “worker” they must receive remuneration, unpaid voluntary activity is not “work”.

The mere fact that there is a legally binding employment relationship is not of itself conclusive of whether the employee is a worker.

A person working part-time can be a “worker” provided that the work undertaken is genuine and effective but not where activities are on such a small scale as to be regarded as purely marginal, or ancillary.

As long as the work is “genuine and effective” it is irrelevant whether it yields an income lower than the amount considered the minimum required for subsistence in the host Member State: in the case of the UK, the relevant applicable amount for an income-related benefit.

The fact that a person seeks to supplement the remuneration from his work by means of financial assistance drawn from public funds does not preclude him from being regarded as a worker.

Once it has been established that the person is genuinely exercising his right of free movement as a worker, the motives which have prompted the worker to work in another Member State are irrelevant, provided the work is genuine and effective.

A person employed under an “on-call” or “zero-hour” contract is not precluded from being a worker provided the work is genuine and effective.

An employee undertaking genuine and effective work is a worker even if the person is employed under a contract that is performed illegally.

A commissioner has held that a claimant’s physical incapacity to do the work she had undertaken and the fact that she had been dismissed from it after a short period were relevant to the issue of whether the work was genuine and effective.

The question is:  does this clarify the debate about “salaried” members of LLPs? I think not.  Instead, it adds another layer of obfuscation. Tell me your thoughts in the comment box below.