by Martin Pollins | Jan 30, 2014 | Accountants, Auditors and Other Professionals |

Here’s a round-up of a few stories circulation the web over the last couple of days. As ever, I hope you find them interesting and informative.

If your firm were to incur a claim made against it by a client alleging you had been negligent with regards to advice or services you have provided, this is when your professional indemnity insurance would be invoked. Sage’s article focuses on the importance of insuring against negligence.

You can access the paper from here. Registration is required. 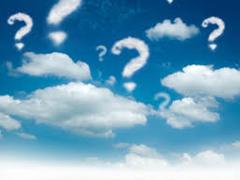 There are some technology companies that are guilty of trying to re-invent the wheel by re-branding their old hosted services as ‘cloud’ services. Exploiting a gap in technological know-how may lead to businesses not upgrading in the best way to suit their needs. There are some important differences between hosted services and a true cloud offering:

You can access a free white paper from here. Registration is required.

Overwhelmed with an abundance of data? Challenged with unreliable information coming from disparate sources? This report from Infor provides an objective overview of BI and Performance Management solution providers.  The BI Survey 13 is based on findings from the world’s largest and most comprehensive survey of business intelligence end-users, conducted earlier this year. In total, 3,149 people responded to The Survey with 2,298 answering a series of detailed questions about their usage of a named product. Altogether, 30 product or groups of products received a detailed analysis.

You can access the free paper from here. Registration is required.

HMRC should step up watch of personal service companies 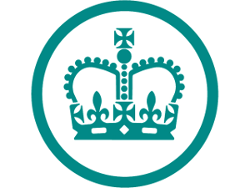 Trade unions and employers’ organisations have told the House of Lords that HMRC needs to do more step up its monitoring and enforcement activity in relation the use of personal services company (PSC) arrangements, while making sure workers understood their entitlements when employed through them. The statements – from The National Association of Schoolmasters Union of Women Teachers (NASUWT), together with the Union of Construction, Allied Trades and Technicians (UCATT) and the charity TaxAid during the latest round of evidence to the Lords who are examining tax issues concerning these structures – revealed examples of members employed via agencies who have PSC status and who also have a relationship with an umbrella payroll company, usually based offshore.

Good news on tax:  The Office of Tax Simplification has published a set of recommendations to simplify the current complex system for reporting and taxing employee benefits and expenses, which could see benefits processed through payroll instead of P11Ds and employers deducting PAYE settlement agreements (PSA). The recommendations in its report issued on 29 January could simplify benefits and expenses for four million employees and 300,000 employers. Read about it here.