A story of love, eye tracking and flying emails

I fell in love with her as soon as I saw her and I realised how she could change my life. “She” was a Wang computer that came with software to process accounting entries and produce statutory accounts for companies, it was the size of an average kitchen table. Printing was via a dot matrix printer.  It mattered not that the software came from an Australian company called Hartley. I learned afterwards that the marketing genius behind Hartley belonged to a certain Paul Dunn who later achieved fame with RAS who ran the accountants’ boot camps all over the world.

The cost of the Wang was about £188,000 in today’s money. Wow! For that, I got a kitchen-table size computer with 64k of memory, 13.5’ floppy discs, the best accounts production software money could buy and a dot matrix printer. And a box of paper and some blank disks. Oh, and for those who don’t know, this printer had a print head running back and forth, or in an up and down motion on the page and printed by impact, striking an ink-soaked cloth ribbon against the paper which was held in leaves as continuous stationery. And you can still buy these printers today. But sadly not the Wang computer – founded in 1951, at its peak the company had annual sales of $3 billion but in 1999 filed for bankruptcy, probably beaten by the likes of IBM, Microsoft and Apple.

Today, the object of my attention is technology for eye tracking and the direction of sound. Both technologies will, in my view, have considerable influence in the world of business and marketing as well as in product design. 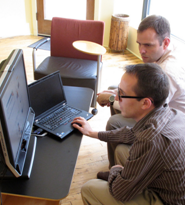 Eye tracking can be defined as “the process of measuring either the point of gaze or the motion of an eye relative to the head.”  It needs an eye tracker – a device for measuring eye positions and eye movement. Eye trackers are used in research in psychology, in cognitive linguistics and in product design. There are a number of methods for measuring eye movement. The most popular variant uses video images from which the eye position is extracted. The technology pinpoints exactly where users look and for how long.

Why is that of interest in the business and marketing world? For example, it can be a great way to test a new design to check that it’s optimised for your customer and business requirements. There’s a good summary on the webcredible website. They say that eye tracking analysis can provide:

Eerie? Yes, but incredibly valuable for those in the business of marketing. 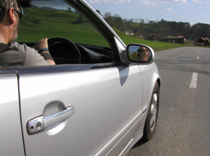 Take cars for example. An article by Richard Yarrow, here, is interesting. He says that when you’re sitting comfortably in your car, that’s exactly when you might start to feel sleepy and accidents can occur. But a safer driving future is on the horizon – the next big leap forward in crash prevention is technology that can digitally track your eyes and facial expressions to see when you’re in danger of dozing off. Richard Yarrow says that the Automated Fatigue Monitoring System (AFMS) has been developed by Seeing Machines, an Australian company. After successful use in open-cast mining hardware, the firm has just signed a deal to trial the technology in vehicles operated by a European coach tour company. The pilot project is expected to produce new research data that will pave the way for the next step – installation in cars.

Last month, Paul Heaton wrote: Eye tracking technology – how it works and why it’s valuable, here. In it, he asks:

Paul Marks wrote in New Scientist: “Devices able to log everything you read will soon go mainstream, letting you see for yourself whether your reading habits need revamping”. What he says is well worth reading.

Controlling the direction of Sound

Paul Marks has also written about sound in New Scientist. He says: “From restaurant music that only certain tables can hear to flying emails, the ability to place sound exactly where you want it has all kinds of unusual uses.” 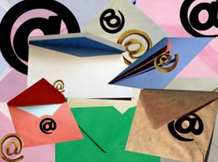 It’s the “flying emails” bit that’s really interesting. This is what Paul Marks wrote: “If you’re sick of wading through a clogged email inbox or scrolling through endless Twitter timelines, Jörg Müller has a more fun way of sifting through your messages: sound. In his audio-enabled “BoomRoom” at the Technical University of Berlin, Germany, emails and tweets fly around you like a flock of birds, each chirping a subtly different sound that identifies the sender. More urgent messages whizz directly over your head. Touch one and a computer reads it out.”

The flying email concept might still seem a bit far-fetched, but steering sound exactly where it is wanted is already catching on elsewhere in a number of different real-world applications, says Paul Marks. “One day, it might even help create smart homes that can speak to their visually impaired owners,” he adds.

The soothing sound of Rain 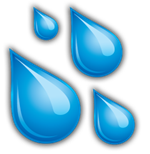 Unless you live in the area of the UK affected by the floods, if all the above is too much for you then listening to the sound of rain could be soothing. Rain Play on Google Sounds, free from here, allows you to play soothing, looping sounds of rain to help you get some rest. You can choose from a variety of rain types and you also have the ability to set a sleep timer to turn off the sound after a certain period of time.