I found several interesting articles on employment issues. The first three cover women taking six years away from work to rear their children, BITC arguing that employees should be rewarded for responsible behaviour and the third one is about office romances and what happens when they go sour. The last three give advice on what to do before quitting your present job, the new Health and Work Service proposals to get long-term sick back to work and finally details of HMRC guidance on the Employment Allowance. 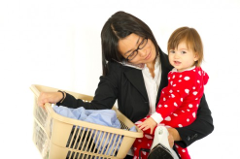 Companies should allow women to take up to six years off to focus on raising their families, the FTSE 100’s only woman chairman has said. In an interview with The Financial Times today, Land Securities chairman – and City A.M. awards judge – Dame Alison Carnwath said companies would find “measurable economic benefits” by holding onto their best women, and allowing them to return after rearing their children.

She said companies would benefit not only from a cost point of view but also from a “continuity of culture”.

Her comments contrast with controversial remarks made by Ukip leader Nigel Farage earlier this month, who argued that women who work in the City and have children are worth less when they come back. I can’t agree with that, sorry Nigel.

The head of charity Business in the Community (BITC) has challenged company bosses to reward their staff for responsible behaviour in the same way they incentivise them for hitting financial targets. Speaking at the Leadership Summit, BITC’s chief executive Stephen Howard urged leaders to take practical steps to encourage employees to “do the right thing”. He called on chief executives to show their staff that responsible behaviour is both valued and adds value to the organisation and urged them to consider using rewards to highlight this. He said that responsible behaviour should form a central plank of staff training and development and encouraged bosses to actively give staff experiences outside their day job to nurture their values and decision-making. 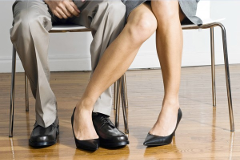 We all know that love is in the air in the run up to Valentine’s Day, but with a large proportion of the UK workforce spending a significant amount of time in work, Jo Eccles, business adviser at the Forum of Private Business (FPB) suggests establishing clear policies at work can avoid any nasty fallout later. It’s a well-known fact that a large number of personal relationships are formed at work. Depending on which survey you look at, the number of people who have been involved in workplace liaisons is anywhere between 30 to 70%, and most employers will admit to coming across it at some point.

There is no law against office romances, and while you may not like it doesn’t mean you can pull the plug on it legally.

However as an employer you do have the right to expect that people you employ should behave in a professional manner at work and should bear in mind that any romantic liaisons they may have may raise issues of a conflict of interest.

Such issues can include:

While some organisations do introduce rules that employees in the same department must not enter into romantic relationships, many employers find the best approach is to put a policy in place, which deals with relationships in the office.

The full FPB release is here.

Before You Quit Your Job, Do These 10 Things

In a story from the U.S., some advice on what to do when you are leaving your current job.  In his new book, Smart People Should Build Things (HarperBusiness, 2014), the “recovering lawyer” and founder of Venture for America Andrew Yang offers up his opinion on how the USA can rectify its current economic problems – have smart people build things. His book delves into an innovative model on how entrepreneurs and our youth can launch small businesses and revolutionize industries. Yang also touches on what policy makers and individuals looking for jobs should do to ensure entrepreneurship is both attainable and realistic.

Andrew Yang is the founder and CEO of Venture for America, a New York City-based non-profit organisation focused on placing top-college graduates in startups for two years in emerging U.S. cities to generate job growth and train the next generation of entrepreneurs. He is also the author of Smart People Should Build Things.

People off sick for more than four weeks are to be offered advice to get them back to work more quickly under a scheme being set up by the government. The Health and Work Service, which will cover England, Wales and Scotland, will offer non-compulsory medical assessments and treatment plans. It will be run by the private sector and paid for by scrapping compensation to employers for statutory sick pay.

Is this another privatisation on the QT?

Ministers say employers will save money overall by having fewer staff off sick. They said it may save companies up to £70m a year in reduced sickness pay and related costs.

Labour’s shadow work and pensions minister, Kate Green, said: “Any help to cut number of days lost to sickness is welcome, but with the government’s Work Programme helping just 5% of people on sickness and disability benefits into jobs, it is clear much more needs to done to help people get back to work.”

The new scheme will not entail any change to existing laws. At present, staff who are off work for more than four weeks are considered to be long-term sick and entitled to Statutory Sick Pay of almost £90 per week from their employers. That will not change under the new arrangements – but the government wants the Health and Work Service to cut the number of people on long-term sick leave. Under the scheme, employers or GPs will be able to refer employees for a work-focused occupational health assessment.

Admittedly, it’s a big problem. About one million people in Britain are off work long-term because of illness, according to the government. The rate of absence through sickness is among the lowest in Europe and has halved over the past decade, but the Government thinks it still too many.

This story from accountancylive.com, here, explains that HMRC has published detailed guidance on the Employment Allowance available from 6 April 2014 which allows eligible companies to reduce employer Class 1 National Insurance Contributions (NICs) by up to £2,000 each tax year.  The allowance, first announced in Budget 2013, can be claimed by a business or charity (including Community Amateur Sports Clubs) that pays employer Class 1 NICs on employees’ or directors’ earnings.

If the company belongs to a group of companies or the charity is part of a charities structure, only one company or charity can claim the allowance, and it can be applied to only one PAYE scheme even if the business or charity runs multiple schemes.

There are exemptions to the businesses able to claim the Employment Allowance, including employing someone for domestic or personal work; public authorities; and organisations which provide work of a public nature, such as local council refuse collection, GP services or prisons. Due to the changes, Personal Service Companies (PSC) who pay contract fees instead of a wage or salary, also may not be able to claim as it is not possible to claim the allowance for any deemed payments of employment income.

The HMRC guidance is available here.