Some time ago, I came across the following quote from Professor Clive Fletcher, Goldsmiths College, University of London, and it inspired me to investigate what 360-Degree Feedback actually meant:

“The concept of 360-degree feedback makes a lot of sense and, if used well, should have a great deal to offer. It seems to suit the move towards the less hierarchical, more flexibly-structured and knowledge-based organisations of the future”

This paper is but a brief commentary on the subject. At the end of the paper, I have provided some links to further resources and information if you want to explore it further. 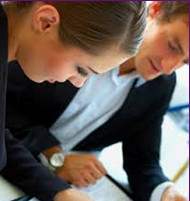 The original idea of developing Best Practice Guidelines in 360-degree feedback was developed from a collaborative research project, The Feedback Project. The Project Director was Professor Christine Farrell. You can access the document online at: www.psytech.com

In today’s changing and volatile world, organisations are continually looking for ways to improve performance, and satisfy the demands of all stakeholders. Achieving this almost inevitably involves change, which then becomes the pivotal dynamic for success.

For an organisation to evolve, the people working within it will have to adapt; and for this to be successful, they first of all need to know what it is about the way they are currently performing that needs to change.

This is where 360-degree feedback is playing a growing role in organisations through its ability to provide structured, in depth information about current performance and what will be required of an individual in the future to enable detailed and relevant development plans to be formulated.

360-degree feedback is a process whereby an individual (the recipient) is rated on their performance by people who know something about their work (the raters). This can include direct reports, peers and managers and in some cases customers or clients, in fact anybody who is credible to the individual and is familiar with their work can be included in the feedback process. This is usually in addition to completing a self-assessment on performance. The resulting information is presented to the individual with the aim of helping them to gain a better understanding of their skills and development areas.

Each source can provide a different perspective on the individual’s skills, attributes and other job relevant characteristics and thus help to build up a richer, more complete and accurate picture than could be obtained from any one source.

The Role of Technology in 360-degree Feedback

Increasingly, computers are used to support 360-degree feedback processes, and have considerable advantages in reducing the administration and in gathering feedback where people work on different sites and in different countries. When gathering information in this way, particularly where the Internet is the medium, it is important to ensure the process is secure and that the information will remain confidential to the agreed people involved in the process.

Books etc on the subject (some of these may be out of date or may have been updated since I first prepared the list):

In the Bizezia online library, you will find 360-Degree Feedback the text for which I wrote some 5 or 6 years ago. If you would like a copy of it, please email me at: mpollins@bizezia.com